Updated on 8th June when a second abduction attempt was reported.

We would just like to make people, especially young women, aware of this story that was posted on the group earlier this week.

I just want people to know that my daughter who is 21 years old, was out having a walk on the Arenal when she was approached by a man using Google translate to ask her to go for a coffee at his place. She of course said no and then two friends of his approached her and started hassling her to go with them so she told them firmly no.

They then followed her down the Arenal before branching off. She called me as she was walking as quickly as she could towards the Parador before she realised that they had followed her in a white van and a car.

She crossed over to the other side and continued to walk as quickly as she could towards her apartment only to realise that they were now driving toward her. They then jumped out of the van so she turned back toward the Parador but it appeared to be closed.

In the meantime they had driven around and were now coming up behind her. She ran and made it to her friends house who went out with his friends and managed to apprehend them. Obviously they are involving the police but they will no doubt do nothing as it’s her word against theirs. But be warned and on the look out. She said they were foreign and not of English or Spanish origin. A very scary experience.

I posted a message about my daughter being followed earlier tonight. I just wanted to let you all know that it has been reported to the police and they are taking it very seriously and are looking for the vehicles involved. Please be careful as this could very easily have ended badly for my daughter tonight. They were extremely determined to snatch her and she was literally running as fast as she could to get away from them.

If you are a member of the group, you can see the original post and comments HERE

On 8th June, a further story was posted on Javea Connect group.

Attention girls in Javea!!
“Another attempted kidnapping a girl last Thursday. It was close to the second mountain. According to witnesses, they were two foreigners with a grey car accompanied by a motorcycle. They caught the girl, but hearing her screams, the neighbours came out of the area and one of them jumped off her balcony and managed to help her escape. One of the kidnappers has a shaved head. The car has black tinted windows of and in the last attack on a girl there was also a motorcycle involved.This is very serious. Spread please.”

DOWNLOAD THIS APP . IT IS MULTILINGUAL . If you allow all settings then the cops know your location. If you need to speak /text they will in your preferred language (at least English and you can set it to show up to 5 family and friends your location too. 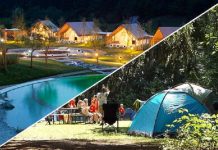 Camping and Glamping in Valencia region