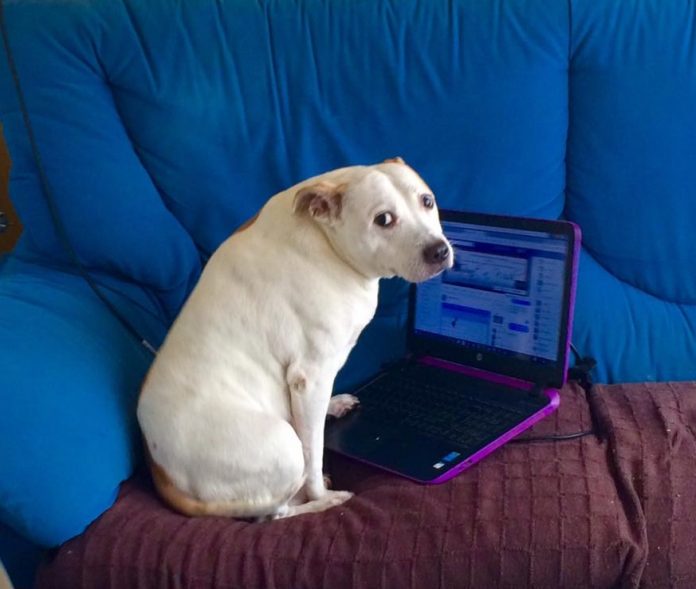 Much of my inspiration for writing this blog obviously comes from life experiences but also, having to be almost constantly monitoring a the Javea Connect Facebook group, where there are stories-a-plenty emanating from the members.

As many reading this will know, some posts are hilarious, some rather sad and others are just factual and helpful but in the main, most people post to ask for help or advice.  A few folk just like the sound of their own voices, others are maybe lonely and purely need people to talk to them. Their questions may seem trivial to some of the less understanding members but our particular group was set up to help local people and help comes in many different ways… from recommending a particular service, restaurant, shop etc to “Oh shit! I didn’t lock the gate properly and my dog has escaped…. has anyone seen him?”

Now then…. most of us would respond kindly to such a question, if they know the area the aforesaid escapee, most would keep a look out for the little Houdini. Some people would (and do) even go out and see if they could find him. Local shelters are alerted and the hunt begins.  BUT, despite knowing that the owners are really worried, there are still people who start blaming the owners and lecturing them on how irresponsible they are!

This is NOT helpful and I say this from experience.

My little old Staffie, was 14 years old when she toddled off on her own one night whilst we were staying at a friend’s villa and we had not realised that the lock on the gate had not clicked into place. She could not ( we thought|!) walk far, but she was not used to being alone and was not at all “street-wise” . Also she was a real “people-pup”, she adored human attention but hated other dogs with a vengeance and would, if she got the chance, try her luck with a Great Dane!

So, as you can imagine, when we realised that she ( Jazz) had gone walkabouts, hearts were pounding, adrenaline pumping and we all stood and looked at each other in disbelief. It takes a while for the penny to drop and then 30 seconds to formulate a plan….. the plan was….grab phones and run around the neighbourhood screaming like maniacs and shouting her name.

Not a good plan as she was deaf, lol…. But really, the brain does not engage in panic mode and so four people running in all directions,  shouting “Jazzy, Jazzy, Jazzy” at 11pm on a Sunday night achieved nothing apart from a few neighbours coming out with their trumpets, banjos and saxophones thinking they were in for a good old jam!

Regrouping after 20 minutes of a marathon run-around , the penny dropped. “Hey” said one of my daughters “ Do you not run a pretty big Facebook group mum?”  Hell, yeah, the world and his wife have found their pets on them but blind panic had omitted to recall that little fact.

Thinking about posting an appeal on my own group then filled me with dread! I would be a huge target for the “OMG…”she” has let her dog escape” brigade. Blind panic turned into paranoia, haha. By then, our phones were all running out of battery, having used them as torches, and I took the coward’s way out and had my daughter go on to the group to post the appeal to find our baby, who, by now, in our imaginations, had either been killed, injured or was, as we spoke, in canine combat with an unsuspecting Rottweiler who was out for his evening constitutional with his human!

So, after deciding who had the most charge on their phones, my daughter logged on to the group with a view to carefully wording our appeal to avoid the slings and arrows of discontent.

And there she was, posing for strangers’ cameras, looking all innocent! A few people had spotted her highness trotting about the area. She had headed to a bar ( see how well I trained her, lol) where all the customers were making a huge fuss of her. So we ran … well the kids  ran and I drove ( running just makes me look foolish ‘cos I can’t do it) to the bar, only to find that some kind person had, by then, taken her back to their house.

Fears then set in that said kind person may have a dog..or even worse.. cats! But she was safe and so after heavy sighs of relief, we all got in the car and tried to find the villa, which was not easy as by now our phones were dying and GPS was not an option. Adding to our pain, we got lost several times and on about a dozen occasions I found myself having to do 86 point turns down narrow lanes, teetering on the brinks of chasms and all in a car that had lost its power steering!

So finally, there she was…. looking at us with her doleful eyes as if to say “Whassup? Were you worried? It’s cool here eh? Meet my new mates!”

And there you have it my friends…… if you are part of a group that is there to help you, then never be scared to ask. Your question may be trivial to some but it matters not a jot. If someone sarcastically remarks “Google It!” tell them to “Google Off “as never,  ever have I heard of Google sending you a PM saying “Don’t worry, I can help you”.

Google won’t help you find a pet or more importantly a family member with Alzheimer’s, or a child who may have decided to wander off alone. And for those who may be reading this and know they are guilty of being unhelpful, spiteful or just a damn troll… please think before you go keyboard-warrioring. Someday you just may need some help yourself and by that time, it may be too late, your membership just may have expired!

I just have to finish by saying that sadly, our Jazzy is no longer with us, having trotted off to the Rainbow Bridge at the ripe old age of 16, where, we expect, she is still having a barkingly good time arguing with the poodles!

Living the Dream? Or “Life Behind Bars”

In future, vehicles that are seen to"repeatedly and habitually" park at night in pedestrian...

Is it time to treat the epidemic like a normal flu? Spain's Prime Minister...

Fire on Montgo – Photos, story and trubutes to the gallant teams who fought it.

On Monday 10th January, the first photo appeared on the Javea Connect group, which...

5 years since we had snow – but it was so much fun!

Remember the 18th January 2017? It is very unusual for an extreme cold mass...