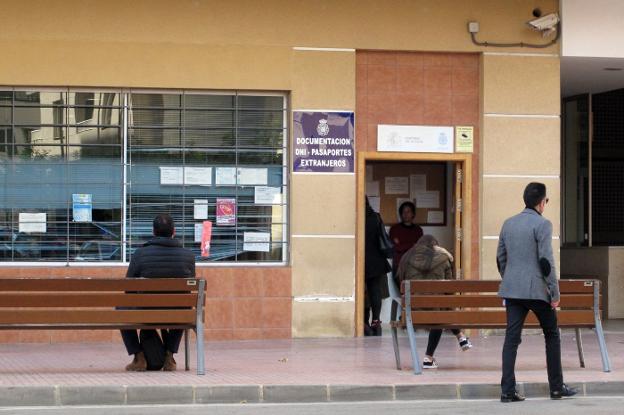 Representatives of the Cercle Empresarial de la Marina Alta (Cedma) attended a meeting last week with the sub-delegate of the Government in the province of Alicante, Araceli Poblador, to address the problem of NIE applications and other immigration documents due to the scarce availability of appointments in Police Stations and Immigration Offices.

Obtaining the NIE is of vital importance for the Marina Alta. Without this document, foreign investments, purchase of real estate and other administrative and/or legal process is impossible.

To achieve this, it is essential to obtain a “prior appointment” at the electronic headquarters of the State Administration. And herein lies the problem –  CEDMA informed the sub-delegate that it is practically an “impossible mission” to get this appointment at the Denia Office. As an alternative, and on very few occasions, appointments are made in Elche, Orihuela or Alcoy, “which is not acceptable”.

A shock plan frustrated by the pandemic

The sub-delegate, added this business entity, was aware of the problem and had the complete dossier of correspondence and visits from the business federation in recent years. Moreover, in the past a shock plan was designed that proposed an expansion of the workforce and opening hours, but in Dénia it was not implemented due to the pandemic.

However, CEDMA recognises the efforts made by the Head of the Dénia Police Station, Carlos Nieto Millán, which has been reflected in an increase in NIEs processed. Despite these circumstances, as reported by the Subdelegation, the number of NIEs assigned in the province of Alicante during 2021 was 30,400, which represents an increase of 27.7% compared to 2020. This makes Alicante the third Spanish province in number of foreigners.

The problems and their solution

One of the problems, according to those present, is that of the “hoarders” of the NIE appointments, who book them as soon as the calendar is opened in the electronic office. The Subdelegation stated that they are launched at different times to avoid precisely this circumstance, but satated, with some indignation, that despite identifying the IPs “they are always ahead of our computer scientists”. This is not a minor problem, as this leads to a loss of between 13 and 17% of appointments due to applicants who neither show up nor cancel.

Thus, and given that once the appointment has been made, the service at the Dénia Office is good, it was clear that the “plug” is created on the digital platform, so the following proposals were made:

1.- Block the possibility of requesting appointments in several offices at the same time in the name of the same applicant.

2.- Allow only the modification of date and time of an appointment, but not of the applicant (name and surname).

3.- Record the applicant’s data until the appointment is achieved (currently all the affiliation data must always be filled in again in the attempt to obtain the appointment, which requires a lot of time for the person trying to manage the appointment).

At the meeting, according to CEDMA, it was also agreed to take into account the possibility of extending the opening hours to the public from 8:15 a.m. and taking advantage of canceled appointments so that they can be used on the same day.

The sub-delegate promised to carry out the pertinent steps before the Ministry to start up new improvements in the service, as well as to hold a new meeting with those responsible for CEDMA in about two months and in Dénia to follow up on the implementation of new measures.

The Cercle Empresarial de la Marina Alta highlighted that the meeting was very constructive and that it was appreciated, both by the Subdelegation and by the Police Corps, a real interest in knowing first-hand the problem and in finding effective solutions for this issue.

Note: Although the TIE is not mentioned, we are hoping that it will be included, should this lobby be successful in making some changes soon.