We picked up an unusual story via Jalon Valley News last week. A heart wrenching tale of a man his beloved tortoise, Tortie, who has wandered off alone to fight Jalon, Spain and maybe even the world!!

A RANDY tortoise has gone missing from his new Costa Blanca home while his owner is appealing to the public for help.

‘Tortie’ the tortoise escaped from the Camino Corrales area of Jalon last Tuesday. He is understood to come from Greece, and has been in David’s care for the last 30 years.

“I’ve had so many escapades with him over the years,” David, who lives in Jalon, told Olive Press reporter Joshua Parfitt… “He escaped once in Broadstairs, Kent, and he went to stay two nights in a local B&B!

“When we picked him up the owner gave me an invoice, saying ‘no one had ever stayed for free and he wasn’t going to be the first’.

“Tortie’s like my nemesis, but I love him and so does the whole family.”

David added that Tortie will answer to his name.

He cautioned, however, the spunky tortoise will ‘pick on anyone’ and is known to make a loud ‘shrilling noise’ when mounting the shoes of his victims.

On a thread on Facebook’s Jalon Valley News, chat is still going on about Tortie, who still has net yet been found, despite a sighting of him three days ago. David commented on Jalon Valley page

I’ve bathed him , oiled fed him wiped his arse, supplied fresh food grated carrot till my fingers hurt, chopped spring greens…. 30 years I’ve put in and he does the dirty, not even a backwood glance ☹️🐢

So, if you see a fast moving shell heading for someone’s trainers in Jalon Valley (assuming he hasn’t reached one of the clubs in Benidorm by now) please email us at [email protected], or call David on +44 7787720455.

Have you seen a tortoise around Jalon? 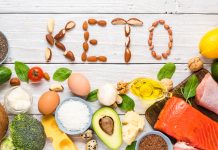