And so this is Christmas..and what have I done?  Well, I managed to pack my Christmas tree away by April as taking those twinkly lights down gives me a touch of depression and so I wait until the Spring when the sun is so bright that I can no longer bear looking at the dust on the tree topper. But something happened around that time in 2019, that prevented me  from putting on my elf costume on the 30th November, ordering Alexa to play nothing but Jingle-Bell tunes for a month ( apart that is from Mariah Carey  as she really grinds my gears) and getting to work on the seasonal decorations.

Yes, you may have guessed, the arrival of two cute fur balls has put pay to the Gostling Christmas  twinklies.  The new additions to the family, namely Draco Meowffoy and his bro’ Muggle, were unwanted by their previous owner and ended up in the care of APAC.

Now the  M&M brothers are not your usual unwanted moggies, they were spoiled rulers of their previous kingdom, fed on caviar, slept on sheepskin rugs, peed in that posh kitty-litter with the sparkly bits and wore diamond collars. Hell, they even had their castrated masculine parts replaced with “Neuticles”  ( or “Siliballs” as we call them!) so that they still looked like Lion Kings from rear view!

But feline fate stepped in and they found themselves  living in a stable ( a little like that other famous Christmas dude),  a situation that, we assume, they were not totally happy about. But they are clever little buggars and soon learned to act like that cunning pussy in Shrek..they opened those huge eyes, flung themselves around my daughter’s neck, purring and mewing like lost souls and BANG.. next thing I knew, we had adopted two creatures that are destined to ruin my season of Goodwill for many years to come!

My normal three, fully adorned and twinkling trees have now been replaced by a stupid little ready-twinkled artificial model which has to be hidden in a moggie-proof cabinet .  Oh the shame of it all!

But I digressed this week before I even started! I did intend to bring everyone up to date on the cliff-hangers of my last few musings, so I will quickly brief you.

KFC Ondara is now OPEN and is still causing finger-wagging  discussions on Javea Connect… Tortie the missing SAS tortoise from Jalon has still not been found….,  the swingers discussion lasted for over 3 weeks and is still being followed by people (for a friend obviously)  I have not been back to the airport to see if I can now master the sauce level of the Burger King one-arm bandit and as far as I am aware, there is still no cure for stupid J

I will return in a couple of weeks with a full round up of the 2019 group shenanigans but in the meantime …. 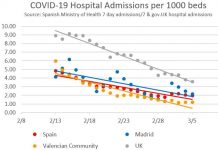 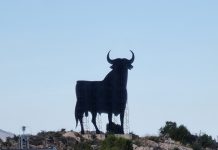 The history of the Osborne Bull 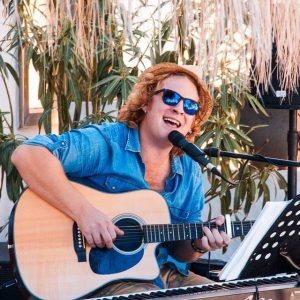 Mothering Sunday 14th March the one and only Adam Daniel’s. There will be a special menu a free glass of cava for every mum and lots of fun. Please book your table due to covid,[...]
View Calendar