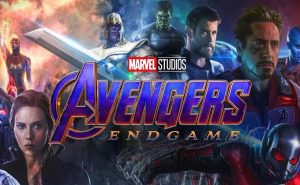 After the devastating events in Avengers: Infinity War, the universe is in ruins due to the actions of Thanos, the Crazy Titan. After the defeat, things do not look good for the Avengers. While Iron Man (Robert Downey Jr.) wanders alone with Nebula (Karen Gillan) in a ship far from Earth, the group headed by Captain America (Chris Evans), Black Widow (Scarlett Johansson), Hulk (Mark Ruffalo) and Thor (Chris Hemsworth) must try to reverse the effects of the catastrophe caused by Thanos. The Avengers must meet once again to undo their actions and restore order in the universe once and for all. This time, they will also have allies such as Hawkeye (Jeremy Renner) and Captain Marvel (Brie Larson), as well as Ant-Man (Paul Rudd), that presumably could have been trapped in the Quantum Kingdom. Together, they will prepare for the final battle, no matter what the consequences.