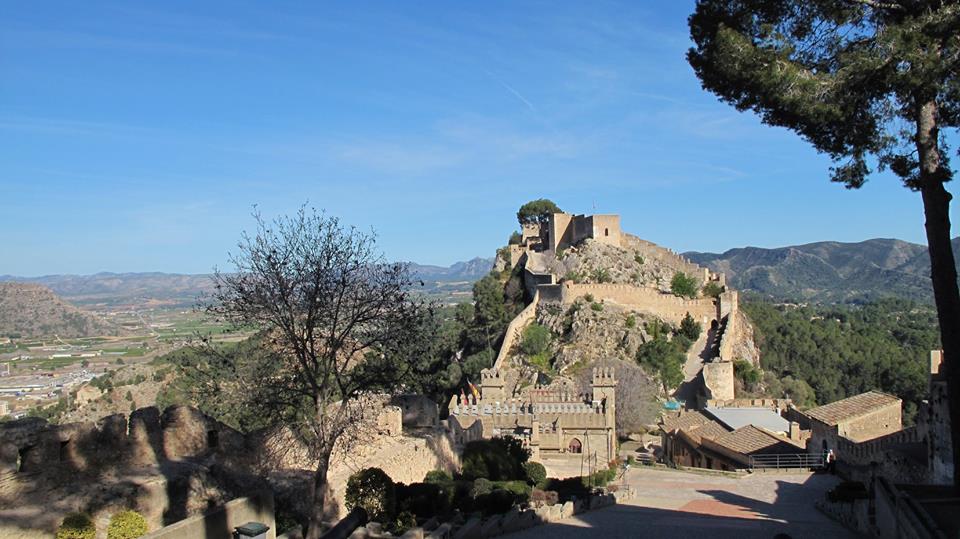 Some time ago, one of our members, Cheryl Elliott, posted a short review and some great photographs of her away-day at Xativa Castle.

We thought you may like to take a look and perhaps save it for a visit one day as it looks superb!

Cheryl told us ” Exploring inland Spain, Great day, drive to Xativa in the mountains. 90km from Javea.Through the pine forests on the CV610 West of Gandia. Spectacular scenery all the way. The castle has amazing views. Nice little restaurant in the grounds of the castle. After lunch the climb up !! “

Photos by Cheryl Elliott
1 of 4

A little more delving and we found out that, thanks to its strategic location perched high above Xàtiva on the sierra del Castell hill, this twin fortress has been the scene and spectator of a host of battles.

Gradually expanded and fortified by the successive cultures that have inhabited the land, the castle is divided into the Castell Menor, which sits atop Iberian and Roman remains, and the Castell Major.

It already featured in Hannibal’s campaigns and the Al-Ándalus period, and subsequently assumed importance for the Kingdom of Valencia in the wars against Castile, the Revolt of the Brotherhoods and the War of the Spanish Succession. It was also used to as a prison for illustrious captives.

The castle forms the highest point of the defensive walls that once encircled early mediaeval Xàtiva. Despite its Iberian and Roman roots, most of castle walls and towers preserved today are of Islamic or Gothic origin. Its imposing architecture renders the castle one of the city’s finest gems, and it has been declared a Cultural Heritage Site.

No visit to Xàtiva is complete without a trip around this fortress, with stunning views over the city and its surroundings.

Xàtiva lies half way between the provincial capitals of Valencia and Alicante. Thanks to its convenient location in the centre of the Region of Valencia, close to towns such as Moixent, Ontinyent, Alcoi, Gandia and Denia, the city has excellent transport connections via the A-7.