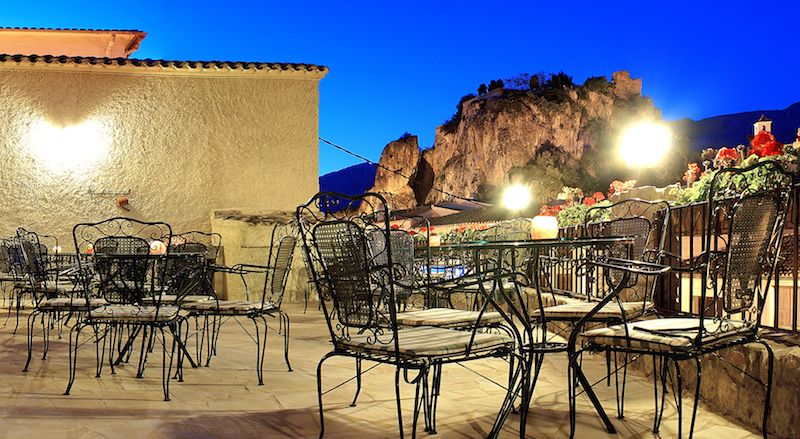 Located on a rock at 586 meters of altitude and surrounded by the Aitana, La Serella and Xortà mountains . This is the privileged location of the Cases Noves de Guadalest hotel, which has been recognised in the TripAdvisor Traveller’s Choice 2021 awards as the second most romantic in the world.

It is a rural house from 1932 that has been remodeled in recent years, but respecting the original charm of the house. Among its many charms, the terrace with panoramic views of the Guadalest Valley, the town’s Castle and the bay of Altea all stand out .

The site is perfectly located and has fabulous views of the mountains.  It is second only to the Narrows Escape Rainforest Retreat in Montville , Australia. An idyllic location where you can enjoy breakfast in winter and informal dinners in summer.

In addition to the distinction as the second most romantic in the world and the first at a European and national level, Cases Noves has been recognized in other categories of the  Travelers’ Choice . And it is that it leads the ranking of the 25 best small hotels in Spain and is in eighth position in the European classification.

Since 2009 and up to the present, it has the TripAdvisor certificate of excellence and is scored with a rating of 5 out of 5. The Guadalest venue has other recognitions to its credit such as the Tourism Innovation Award granted by the University of Alicante in 2018. It has also achieved the silver level of Green Leaders from TripAdvisor, a distinction that rewards improvements in the building’s infrastructures in accordance with respect for the environment.