The councillor for Culture, Quico Moragues, explained that the event will be adapted to the new circumstances, moving to the riurau d’Arnauda in Montaner Park (where the capacity can be controlled) and with daytime schedules, which are more suitable for open-air performances.

Thus, the concerts will be distributed between the first two weekends of May, on Saturdays and Sundays.
Saturdays at 7 p.m. and Sundays at 12 noon.

From the link on the Sanitat website you can access the section named “frequently asked questions about vaccines”, as well as answers to what you should know before receiving the vaccine. COVID-19 Vaccination Information

If any type of doubt still persists, you can call the free telephone number 900 300 555, where personnel who have received training in this regard will attend to you and will guide you on what to do to do and how to prepare before any question related to the vaccination process.

A few events creeping in on the horizon

Dénia’s numbers have risen – 21 positive cases in the past two weeks, compared with 16, seven days ago.

Pending appointments will be consulted not only in primary care, but also with external consultations in hospitals and special centres, as well as medication, treatments and prescriptions.. MORE INFORMATION HERE

What happens if you refuse AstraZeneca vaccination?

Taken from El Pais this week.

Given the concerns surrounding the British-Swedish vaccine, there will be people in Spain who are now doubting whether or not to get vaccinated against Covid-19 with AstraZeneca. So what happens with them?

The Spanish health minister, Carolina Darias, answered that question on Monday. “This is not included in the vaccination plan,” she explained, adding that for now, people who refuse the vaccine will not get a shot.

As García Rojas puts it, “vaccines are not yogurts, you can’t choose the flavour that you like the most.” The expert maintains that all of the vaccines are safe, are highly effective and that each person will be given the most appropriate type, given that there is a limited number of doses and that the aim is to protect the most vulnerable people from the most serious forms of Covid-19 – in particular older people, who have the highest mortality rates from the disease. FULL STORY HERE

The new ordinance foresees several types of parking, including a fast one so that the parking spaces rotate, another “green” that will give priority to the neighbors through a card and regulation for access to Portitxol and La Granadella.

It distinguishes between a general regime (two hours maximum) that is the equivalent of the blue zone and others of short duration or “express” (with a maximum of one hour) and that would be applicable in very specific points of urban centres with a a considerable turnover. It also establishes another type of long-term regulated parking, more focused on the summer months and in certain tourist areas such as access roads to the coves (Pic Tort, Barraca or Truita ). This is in the coves of La Granadella and Portitxol, where parking has always been controversial. You can read all the plans HERE

Restrictions will remain at least until April 12th. 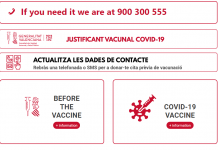 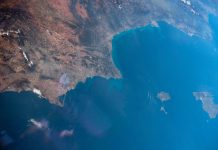 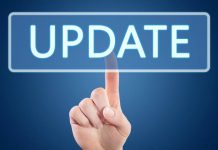