After months of debate, as of July 1st, the V-16 lights will begin to replace the warning triangles .

This new signal is an orange flashing light device that must be placed in the highest part of the vehicle to signal that we have been stopped on the road.

The General Directorate of Traffic (DGT) has recalled that the V-16 lights may be used instead of the triangles from July, but they will become mandatory in 2026 . From that moment on, the only thing allowed to signal incidents will be this luminous signal with geolocation.

The new signage can be placed without leaving the vehicle.

When you breakdown, it will be enough to lower the window and put the device on the roof , where it will be secured with a magnetic anchor. In addition, the device will have a parabolic reflector with which the light will be visible in a radius of one kilometre , even in low visibility conditions. You will not need cables since it works with a battery and you can send a request for assistance by having a connection with the drivers’ mobile phones. 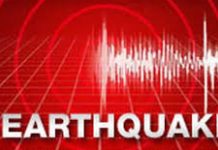