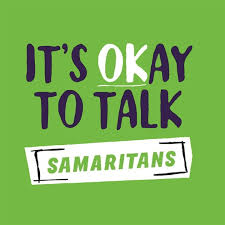 Samaritans in Spain is an organisation operated by a group of unpaid Volunteers. We are available by telephone or e mail to any English speaker across the whole of Spain and the Islands, of any age, who is experiencing emotional problems of any kind. We are also able to answer emails in Spanish if required.

We intend to continue to expand and develop the service, which is based very much on the established Samaritan model, which has been in operation in the UK since 1953. We are pleased to have had the support of Samaritans UK throughout the time we have worked to establish ourselves here.

The project began in September 2005 and culminated in the launch of the Costa Blanca Samaritans service in Spain in July 2008 when we opened our first Branch in Benissa, on three nights a week. This was followed by the opening of the second branch in Villamartin in January 2009. In March 2009 we increased our opening hours to five evenings a week and this was further increased in January 2010 to seven evenings a week.  In 2013, we opened our new base in Punta Marina.

Our main office, drop-in centre and Charity Shop is based in Punta Marina Commercial Centre in the Costa Blanca. We continue to operate a service 24 hours a day, seven days a week.

Samaritans in Spain listeners are available 24 hours a day, 365 days a year.

You Talk, We Listen.

Samaritans in Spain is operated by Costa Blanca Samaritans which is itself registered with the Generalitat Valencia as a 100% not-for-profit Organisation under CV-01-042952-A and with NIF G54341466. National registration number in Valencia: 1. -  611253.

Sunday Markets On The Costa Blanca