Just 24 hours after President of government Pedro Sanchez announced that he expected 70% of the population to be covid vaccinated by the end of August, those plans have been totally thrown in the air by the virtual paralisation of the use of the Astra Zenica vaccine.

At the moment it is used only on people betwen 60 and 65 years old, although health departments might raise the upper age limit to 69 years.Tourism bosses say they cannot make plans or previsions without a calender of action, under the current circumstances.

This latest change of tack poses new challenges for Spain’s vaccination drive. There are thousands of essential workers, most of whom are under 60, who do not know which vaccine they will receive or when. And individuals who have already had their first dose may find themselves without the second one. 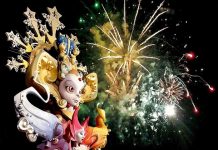