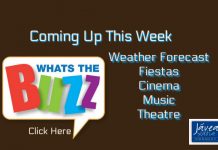 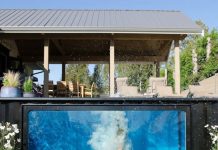 Earlier this year, I was invited to write a column for the Olive Press, that launched their new Costa Blanca edition in March.

I do try to keep my ponderings light hearted and rather tongue in cheek as people are so bloody easy to offend lately but I thought it was time to start adding some of my fornightly ponderings to the Javea Connect website, just in case you may have missed picking up a copy on your travels.

Last week, with the heat being turned up and the tourists now starting to arrive, I thought it was time to put them in the spotlight……..

“Well, it has been a long time coming eh? But seems like that old devil called summer is about to smack the Costa Blanca with its annual few weeks in the baking spotlight.  As many would say “the silly season” looms and we can probably expect repeats of the moans and groans from many of the hot and bothered, sun-seeking locals, who live in Spain , but who either …

1) Take-off in July for their yearly couple of months in the UK, where they can still sit inside without air conditioning; drink some “proper” beer in a pub with some “proper” grass  and head for shoppers paradise ( or what remains of them in the wake of the Amazon flooding!)

OR…. 2) Stay in Spain and go into hibernation until early September while the tourists flock in and take up all the car parking spaces; extend the waiting time at the check-outs in  Mercadona  from  30 seconds to 3 minutes!;  invade the local bar and ( shock-horror) they have taken “your” seat!; bump into you on the walk from the car ( now parked at least a 2 minute walk away) with their blown up pink flamingos/crocodiles;  and finally…drive at a snail’s pace as they are totally lost or going the wrong way round a roundabout.!

Good reason to moan??? Well actually  IMHO no, not really,  but on my Facebook group, it happens year in, year out…. The first “damn tourists” post usually appears on the group early July time, whereupon the defence and prosecution teams arrive in full force to debate the pros and cons of the Alien Landings.  Personally speaking,  without the tourists heading in from inland Spain and the rest of the world, our towns and villages would suffer horribly and in turn, so would we.  Yes, we know that there is more noise, rubbish and waiting times but there is also far more money going into the coffers and keeping our local businesses afloat.

In the run up to summer 2019 I am resurrecting and quoting a post that a friend of mine made last year on the Javea Connect group on this very subject:-

The “Silly Season” has begun again, all along the Costa Blanca, and it would do all us long term residents good to “Be Kind To Tourists”.

1. Be Patient In Traffic. Tourists are often driving unfamiliar cars and don’t know the area, the traffic rules and in some cases are driving on a completely different side of the road

2. Be Friendly. If you see someone struggling to find the cereal aisle in the markets/want their photo taken/ have a child who’s having a melt down, at least smile and maybe offer to help.

3. Keep Your Cool. Yes, your favourite beach/restaurant/cafe is very busy,noisy and maybe overrun with small children or inebriates. Don’t let it get to you, it’s only for a few months and all your favourite oasis will return to normal soon.

4. Remember This Is Their Holiday. Tourists might have 2 weeks or only a few days to enjoy this beautiful place, they want it to be special/memorable/fun.

And my advice to the vocal locals?… don’t go to the beaches  during July and August…. head inland and support the local businesses that do not see so much of the holiday season money. There are some beautiful towns and villages which are so close to the coast and have much more to offer than sand and cocktails. Explore the caves, waterfalls and just the sheer quaintness of the inland gems. Even travelling just half an hour by car, you will find places where the food is delicious, the wine is equally as good and both probably half the price of the packed chiringuitos!

Finally, for any tourists reading this, we are a friendly lot of “Costanatives” really, so give us a wave when you see us… you will find us all in the supermarkets at 9.27pm, on the beaches at 4am, lurking in bushes with large pins to deflate those flamingos, and travelling from gas station to gas station emptying the freezers of ice stocks but mainly you will see us all with our parasols, bodego-crawling in the Jalon Valley.

If only we could harness the forthcoming rays and bottle them up in storage for next February when we moan how dead the bars are and how bloody cold it is!!” 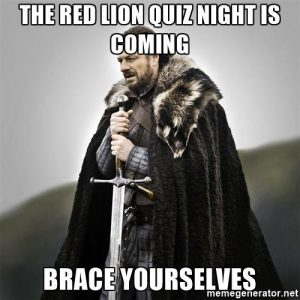 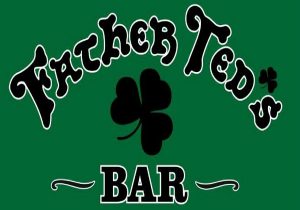