The Government, as promised, have submitted to Congress the decree to extend the state of alarm without mentioning the night mobility restrictions.

The curfew will cease to be mandatory in all of Spain on November 9th, as promised last Sunday when it approved these restrictions. Next Thursday it validates the royal decree on the state of alarm for six months, withdraws the passages that forced mobility restrictions throughout the country, (except in the Canary Islands) between 11 p.m. and 6:00 a.m. with the possibility of moving this indicator up or down by one hour.

As the legal officials of Moncloa explained today, from the beginning in the Government it was clear that they could not impose a regulatory framework as strict as an almost homogeneous curfew throughout Spain for more than half a year when the pandemic is hitting unevenly in the different regions.

“From now on, it will be at the discretion of each delegated competent authority, that is, each regional president, what are the mobility restrictions that must be imposed,” explained the spokesman minister, María Jesús Montero. That is, each of The 16 autonomies (all except the Canary Islands), in addition to the executives of Ceuta and Melilla, will have to decide from November 9th,  if they maintain the prohibition to move through public spaces during part of the night and early morning.

The spokesperson insisted that “from the moment of application of this extension of the alarm decree, it will be left to the judgment of each delegated competent authority, based on epidemiological criteria, what are the mobility limitations that must be established in each community “.

That is to say, from that November 9th  the decree of the state of alarm will not force anything on any of the autonomies .

Montero insisted that the central Executive does not want impose general standards throughout the state because “the situation (of the pandemic) is asymmetric” in the country.

President of our region, Ximo Puig, already said that ours in the Comunidad Valenciana, will go on until December 9th. 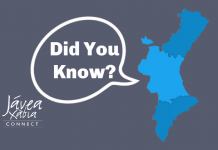 Did you know?…A few interesting facts about our region 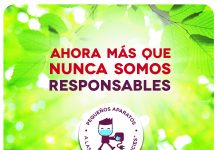 Offload safely with a chance to win prizes!

Did you know?…A few interesting facts about our region

Offload safely with a chance to win prizes!