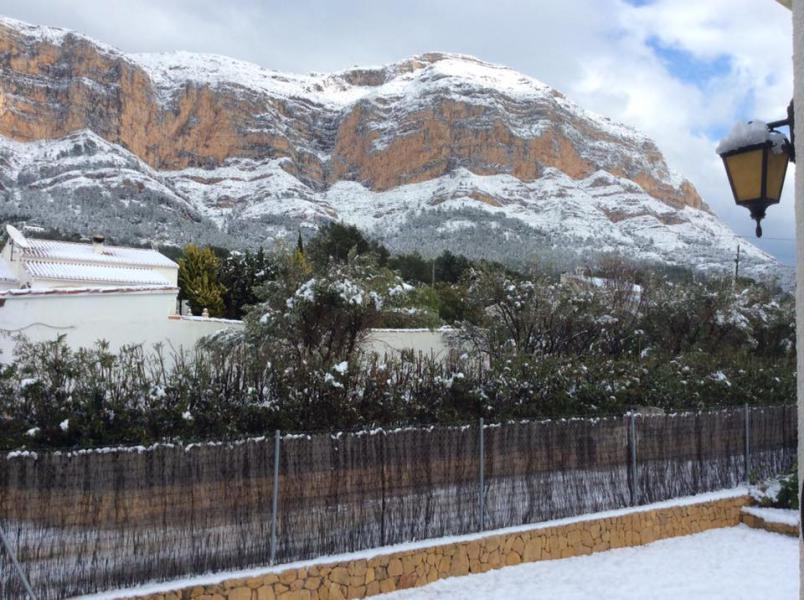 Aemet has warned that from this weekend, especially on Sunday, very bad weather may be on it’s way. Intense winds and with waves that, according to some forecasts, could reach 6 metres in the Marina Alta region and especially in the Cabo de la Nao area. This extreme weather may also be accompanied by rain and snow, but probably a little more inland.

It is very unusual for an extreme cold mass of air to arrive in the Mediterranean and result in snowfall sea level. However, during the last century there is evidence of several historical snowfalls in unusual areas.

This article shows images of some of the snowfall that did occur. In the 21st century there has already been two episodes of coastal snowfall. One in 2009 and the other in 2017. So, will it happen again?

Snow at sea level is very simple to explain but something more difficult to accomplish.

We need an invasion of Arctic polar air, as the Arctic polar is much wetter due to its origin and leaves showers, although irregularly distributed, throughout the peninsular. In addition, the temperature needs to be low enough for snow to settle on the ground. For snow you need a minimum temperature of -35º to 5500 masl (metres above sea level) and -8º to 1500 masl. plus other complex orographic contributory factors.

In 2017, Denia’s ethnographic museum brought to light photographs of great historical-documentary value of snow episodes on the coast of the Marina Alta.

As noted by the director of the Ethnographic Museum, Josep Antoni Gisbert, these testimonies arrived thanks to photography company, who developed a series of fifteen postcards. However, Gisbert added that most were not used as such: they were not written or sent to any recipients. Pretty logical, if you consider that this was not the best image to show possible tourists of Denia…….a place of sunshine and warm climate, on the shores of the Mediterranean! And so, they remained as collector’s items for the bourgeoisie who love historical articles.

Gisbert pointed out that the postcards show an absolutely different Dénia, with a snowy Montgó where there was no Camí de la Colonia or countless lights of the urbanisations that would mark the edge of the mountain several decades later in later snowfalls.

The same happens in the images of the castle, without its pine trees and taken when there were still three decades to go until it was excavated during the Civil War. Dénia Castle tunnel dates back to the years 1937/1938 and was created to protect civilians during bombing attacks. After the war, it remained open thus linking two parts of the city.

And to end the feature, here is a reminder of the 2017 Mrina Alta snowball fiesta and the first penguin landing on the Arenal.