Activities for the Patron  Saint of Animals 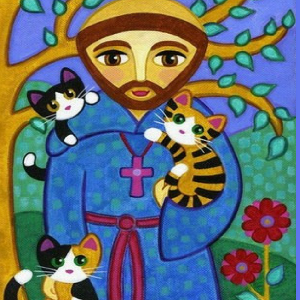 Popular bonfires and blessing of animals.

Antonio Abad lived in Egypt between the 3rd and 4th centuries. He is said to have given all his worldly goods to the poor to live like a hermit in the desert. He died around 356 , on Mount Colzim, near the Red Sea. It is said that of old age but his date of birth is not known.

Hundreds of Spaniards will go to the churches with their pets on 13th January to receive the traditional blessing on the occasion of the Feast of Saint Anthony, protector of animals.

The blessings also take place on different days in other provinces of Spain such as Madrid, Barcelona, ​​Burgos, Valladolid or Salamanca, among others.