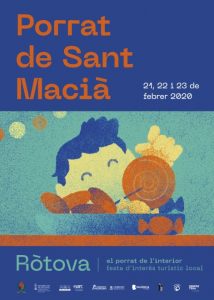 The Fira Agroalimentaària – Street performances of theatre and music

Safor, this weekend, offers the perfect opportunity to get to know this municipality –  an area that lies between the coast and inland of the province, located 9 km. from Gandia. You may be surprised to learn of its important historical and cultural background and, of course,  its famous “Coques de Dacsa”.

Firstly, Ròtova in one of the most prominent elements in many Valencian municipalities: the castle. In this case, the Castle of Borró, so named because it is found in the upper part of the Peña de Borró, at an altitude of 240 metres, where the ruin stands.

Better preserved is the Palace of the Counts of Ròtova, a building from the late 16th century, although it undrwent major modifications in the 18th century. It is a typical rural palace, with a central courtyard, around which the rest of the rooms are situated.

Ròtova is known, for its “Coques de Dacsa”. A very typical dish of the Safor region that has its greatest exponent in this town. The “Coques de Dasca” (corn cakes) are made by scalding flour with boiling water and then roasting on a grill. Normally it is accompanied with boiled egg, tuna, tomato and anchovies.

Both the classic and the most daring versions can be tested this weekend in one of the bars and restaurants of Ròtova.

Diring the last full weekend of February, Ròtova traditionally becomes a meeting point between the regions of La Safor and Vall d’Albaida. During the four days, this fact will be reinforced with the presence of entertaining groups of the two regions.

The 2020 edition will see the Agri-Food, Crafts and Tourism Fair reinforced, which will be located in a marquee, and where gifts from the Ròtova shops will be raffled. In addition, establishments in the municipality will make it possiblefor visitors to tasate   “Coques de Dacsa”. One of the popular areas will be the courtyard of the county palace, with a programme of stories and novels and the presence of publishers.

Among the outstanding performances, there are those of Jonatan Penalba and  Trobadorets for the children.

Finally, The Luxe Car we will be providing a disco-movilin the marquee.

History, culture, heritage, gastronomy, fun … all this will happen at the Porrat de Sant Macià this weekend. The perfect excuse to get to know Ròtova and everything it has to offer.

Check all the programming here: 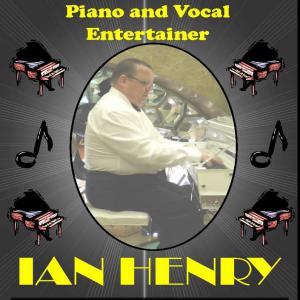 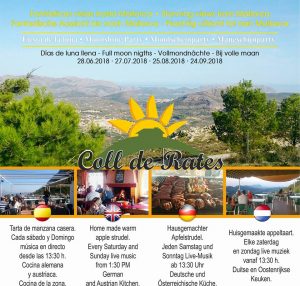 Compiled In Conjunction With The Costa Blanca News

For other events in the area, please go to the J.C. Events Calendar. Full details, plus maps of the venues too.

All the information in this gig list is compiled a week before publication date and was correct at that time.